Chat with us, powered by LiveChat What are the Dangers of Party Drugs? - Addiction Rehab Toronto
Next Previous

What are the Dangers of Party Drugs?

Party drugs are becoming more and more popular among young adults. Across North America, these drugs are being consumed at bars, clubs, and even house parties. There is a wide variety of party drugs going around, and most of them are illegal.

There are a number of party drugs that are more popular and more common compared to others. The media has become an influential tool when it comes to exposing teens to party drugs. Movies and television make taking drugs like this seem cool. But party drugs are far from being cool. In fact, they are highly dangerous and it is best to avoid them.

Usually, this kind of drug is psychoactive. It means that they affect the brain, and in doing so, affect the user’s behaviours. While there are many different types of party drugs, there are three common factors that they all share.

Hallucinogens are party drugs that may have been produced from plants or were artificially made. These drugs give the user a psychedelic experience. The user may feel that time seems to stand still. They may also see different changing colours. Hallucinations can also be experienced when using hallucinogens.

When you consume hallucinogens, you will feel an increase in your heart rate, dilated pupils, and high blood pressure. It may be rare to die because of hallucinogens. However, it is still possible if you will have dangerous hallucinations that will cause you to act recklessly. Overdosing in hallucinogens can be fatal.

“E” is a very common party drug. Usually, it is in tablet form and it is known to be colourful. It has psychedelic effects and the user may feel a sudden surge of energy. Ecstasy is illegal in many places yet it still finds its way among many young users. 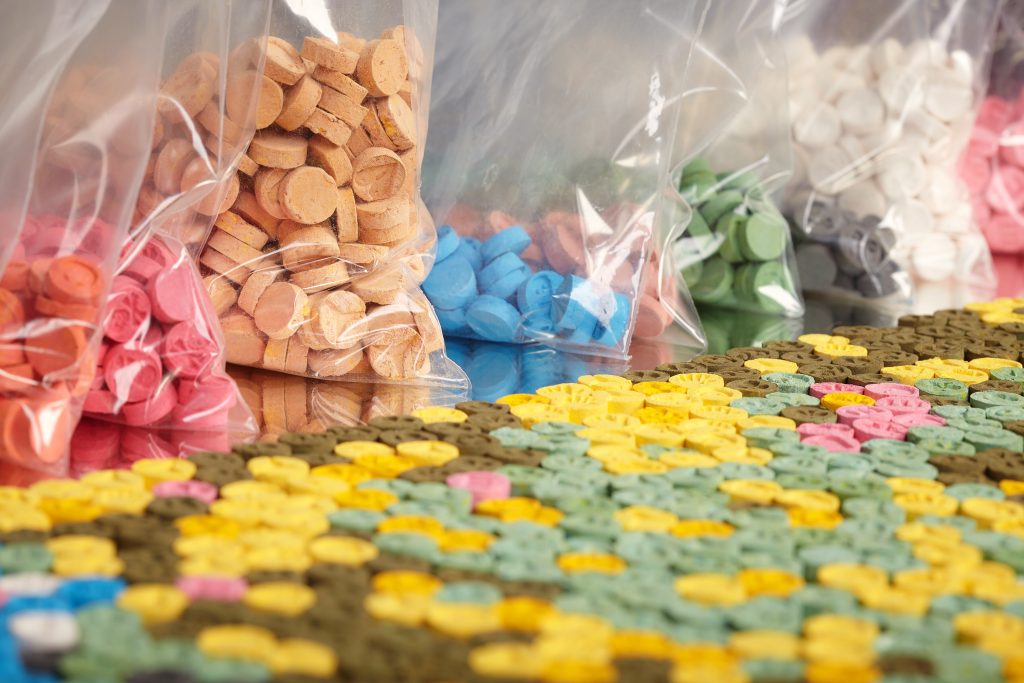 LSD stands for lysergic acid diethylamide. It is an illicit substance that is also known as “acid.” For decades, it has been a sought-after rave drug. The way that LSD is consumed is by taking it as a strip. It looks just like a piece of paper.

“K” is a common anesthetic used at veterinary clinics. It can either be in powder or liquid form. If you use Ketamin, you will experience immobility and temporary amnesia. Because of these effects, K is being used as a date rape drug. Overdosing at Ketamin can be fatal.

This hallucinogen is a plant belonging to the mint family. Often, it is chewed by users. There are also those who smoke it. Salvia can give the users a short psychedelic effect. It is also known as Sally-D and Maria Pastora. As a hallucinogen and party drug, Salvia is illegal in many places.

Shrooms are Psilocybin mushrooms, another type of drug being used to get psychedelic effects. It is commonly eaten although it can also be brewed like tea. Many users combine shrooms with other party drugs. It is also illegal because of its dangerous effects to the users.

Stimulants can increase users’ focus and energy. These drugs are sought after by partygoers because of its effects. Stimulants are also known as “uppers.” The way they work is that the drugs speed up the areas of the brain that affect alertness. People take stimulants because they want to feel good about themselves and increase their self-esteem. They also take these drugs to stay awake longer and have more energy.

Some of the side-effects of taking stimulants are flushed skin, sweating, chest pain, tremors, and dizziness. Since stimulants can speed up the central nervous system, users are at risk of overdosing on the drugs which can be fatal. Most of the stimulants are illegal. If some are legal, they are highly controlled substances.

This stimulant is a controlled substance. It is a prescription drug for people with ADHD or attention-deficit hyperactivity disorder. Adderall is an amphetamine in tablet form. When taken correctly by people who have ADHD, it can help them to focus better on their everyday tasks. But because of the stimulating properties of Adderall, there are some people who abuse this drug. They use it for parties so that they can participate in it without getting exhausted.

As a stimulant, cocaine is commonly injected or snorted. Like other stimulants, it can cause the user to have excessive amounts of energy. One of the common signs of a cocaine user is excessive talkativeness. Cocaine is also known for its street names such as a blow, snow, crack, and coke.

This drug is methylphenidate. In the same way that Adderall is used for ADHD treatment, Ritalin is also being used for such a condition. It is also in pill form and is taken orally. Users who abuse this drug consume it so that they will experience an increase in energy. Some of the other names of Ritalin include R-ball and Vitamin R.

Why are Party Drugs Dangerous?

Many party drugs are becoming more available to people. It has been causing a great number of overdoses as well as deaths in many events like parties and music festivals. Party drugs are a mixture of different hazardous substances such as bath salts and arsenic. Many users consume these drugs without even knowing what’s in them or what the effects will be. It is what makes these party drugs highly dangerous.

The dangers of party drugs can be different for each individual. Nevertheless, they share common symptoms that can be fatal. Here are some of them:

Party drugs are very dangerous because there is often a mismatch of the substances as well as the doses in them. When people take the party drugs, they don’t know what they are consuming and the dose in which they are taking it. Some may think that they are not feeling any effects and so they take more. It can easily lead to an overdose and even death.

Related article: How to Identify Addiction – Common Signs of Addiction

Even if movies and television portray party drugs to be cool and fun, it is not the reality. There have been numerous deaths because of such drugs. Party drugs should be avoided as it contains various chemicals that are hazardous to the body. Call Addiction Rehab Toronto for party drug addiction concerns now!