Exploring the short-term effects of marijuana use on the human body might not be what everyone expects. While some studies suggest that it has medicinal value, there are still many negative effects that you can get from consuming marijuana.

In the last study conducted by the United Nations, their report reflects that about 4% of adults worldwide have smoked cannabis at least once in the last year. That makes it the most abused substance in the world. Though over time, it may not be the most illegally used anymore. It is not because fewer people will use it, but because there might be more places in the world that will consider the use of cannabis as legal.

In the US alone, there are already two states that declared the legality of its use. Uruguay has legalized the use of marijuana too. The changing laws, such as its legalization in some places and its illegal status in the others, can be quite confusing to the public. It sends a different understanding altogether.

Cannabis: Should It Be Made Legal Entirely?

While the perception in the use of marijuana may be in flux, one thing remains the same — its effects on the human body once ingested. As the cannabis law makes it to the headlines, so is the discussion of its effects on the body. It’s high time that people know how marijuana alters the brain. An understanding of how cannabis affects the brain only raises the awareness of how negatively it can affect people.

With all the knowledge of the short-term effects of marijuana in the body systems, parents and primary caregivers of those addicted to it are hopeful it could convince their loved ones to give up the use of it. When people know how it could affect them, it might convince them that its use is not helping them a bit. Making it legal won’t be an option anymore. 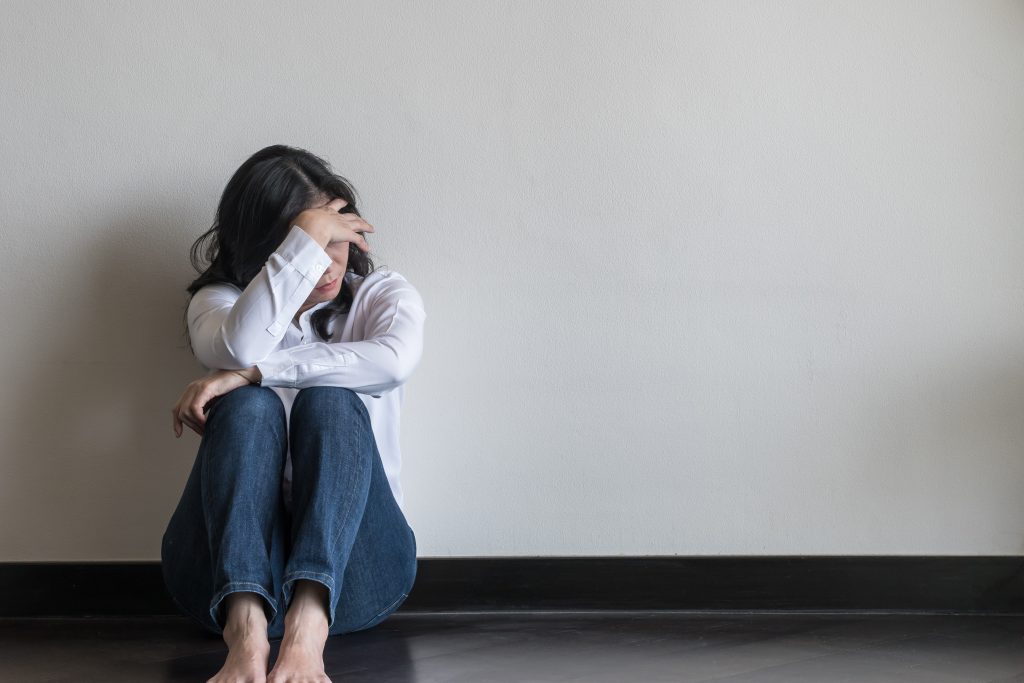 Understanding How Marijuana Affects the Body

The team worked on the brains of three deceased human bodies that have been donated for the study. The brains were sliced to quantify the number of cannabinoid receptors present in each region. The same synthetic THC used to determine the discovery of the cannabinoid receptor was used with tritium, a radioactive form of hydrogen.

The mixture was then squirted on the brain and took pictures of it. He was able to identify the presence of cannabinoid receptors in many parts of the brain. However, they were noticeably packed in the hippocampus, amygdala, cerebellum, and striatum. Such discovery was not surprising as these four regions in the brain are basically responsible for the functions that are most affected in a person under the influence of marijuana.

How does marijuana alter the brain?

Among the many short-term effects of marijuana use on the human body, here are the top six:

Marijuana may not be known to destroy a person’s memory, but it definitely prevents a person from forming new ones. A memory test is always one of the ways researchers use to check how sharp a person’s memory is. The test usually includes a list of words is given. Then later, the person will be asked to repeat the list or identify the words that are on the original list included in the new list.

Because marijuana particularly can disrupt memory, it is highly likely that it targets the hippocampus. It is the region in the brain that is responsible for memory formation. Further studies show that when the cannabinoid receptors in the hippocampus are activated, the long term potentiation process of the cells in the human brain are disrupted. It is the process responsible for keeping the cross-talk between neurons possible.

Students who consider studying for a test “high” might should have second thoughts about it. The THC content in pot disrupts the natural process in the hippocampus that helps create new memories. This means that if they are “high” and they study for a test, they won’t remember anything in the morning. Smoking pot didn’t help at all.

Patients with multiple sclerosis were given marijuana as a form of an experimental treatment. The patients all reported a side effect. About 89% of the participants reported that they felt less anxious after receiving marijuana treatment. Regular marijuana users admit that they have a higher than normal level of anxiety and smoking pot helps them reduce that. For them, smoking pot helps ease worries.

Did you know that the body had its own form of THC? The human brain produces a chemical called anandamide that naturally targets the cannabinoid receptor. Its main function is to reduce the anxiety levels a person feels. However, a person who’s always anxious produces an enzyme called FAAH. Fatty Acid Amide Hydrolase or FAAH deactivates the anandamide making a person more anxious about things and situations.

Marijuana users may feel like their anxiety levels have reduced after smoking because the THC content in the pot binds well with cannabinoid receptors in the amygdala, helping reduce the brain’s response to threats.

However, the overuse of marijuana could also lead to a person’s higher level of paranoia, which in turn could put a person in a situation that is much worse. With paranoia also comes feelings of anxiety. It is the kind that is harder to control making a person feel much worse.

The primary study about the presence of cannabinoid receptors identified that it has its highest concentration in the striatum and substantia nigra. These are the parts of the brain that is responsible for movement coordination. The same parts of the brain are the ones that deteriorate through time, which causes some older people to suffer from Parkinson’s Disease.

Similar to that of Parkinson’s Disease, one of the most recognizable effects of THC on the human body is the lack of control of motor movements. This is partly the reason why, similar to alcohol, marijuana is also known for its compromising effects on one’s driving abilities.

A recent study conducted among the emergency rooms in Canada found that 20% of the drivers who get involved in car accidents have THC in their blood. This is in contrast to the report released by the UN that only 4% of the total world population smoked pot in the last year.

Marijuana users should not be driving at all. They are more likely to crash when they drive and they are “high” compared to the time of the day when they are sober.

Marijuana boosts one’s appetite to eat junk food. Among users of marijuana, they call it munchies. A study published in the journal Nature in 2001 offers an explanation of why those addicted to marijuana have a great appetite for junk food like Doritos.

The study found that the activation of cannabinoid receptors in the hypothalamus could, in turn, trigger the release of neuropeptide Y and leptin. These are hormones of appetite. There’s no doubt that a bag of Doritos sitting at the corner would be devoured in a minute by someone’s who’s ‘high’ in marijuana.

Some people think that when they use marijuana, it could help them lose weight. But in truth, it will do the opposite. Getting high on marijuana will mean wanting to eat more than usual. The cravings to eat junk food will be much stronger. It would be no surprise if those addicted to marijuana would gain more weight than they want.

People who are under the influence of marijuana tend to suffer from increased heart rate. Their use of marijuana leads to as much as 50% increase in heartbeats per minute. Fifteen minutes after the peak of THC concentration is when the heart rate peaks. Studies have shown that people who use marijuana are at a higher risk of suffering from a heart attack by 4.8 percent compared to those who don’t use marijuana at all. 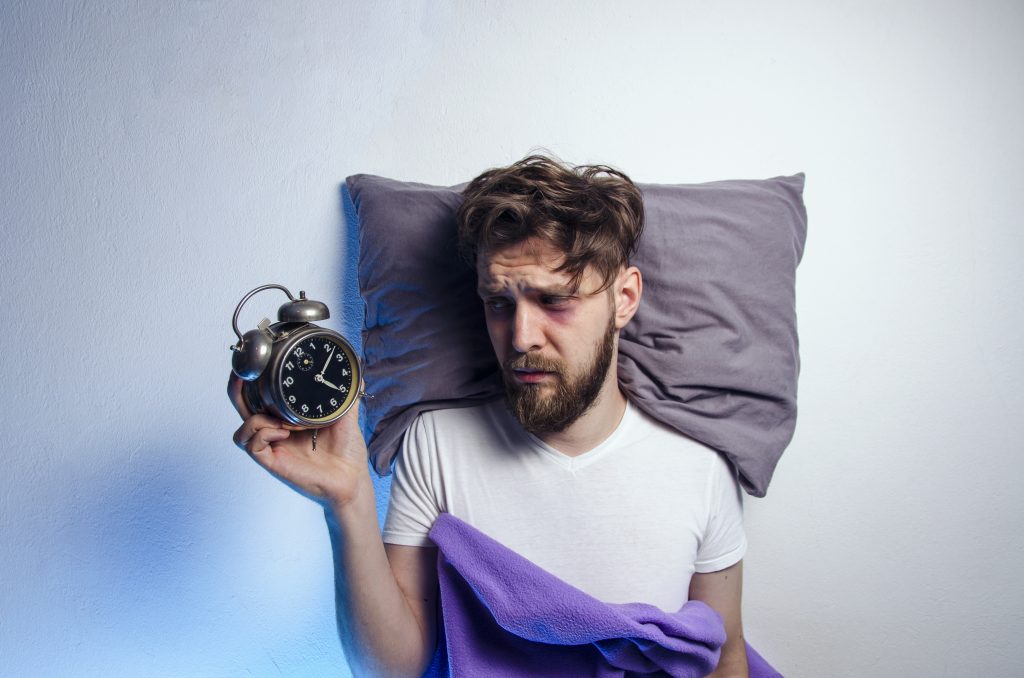 This effect is perhaps the one with the least solid evidence. Several people say that marijuana helps them fall asleep, but there are others say otherwise. They say that getting high on marijuana helps them burn the midnight oil. In fact, using pot has become popular among college students believing that it will help them stay up late to study.

Some evidence suggests that high THC concentrations keep people from falling asleep. It instead suggests induces restlessness. However, the subjects of the study with such findings did not have a long history of cannabis use. Perhaps the effect they experienced with sleep may have more to do with individual tolerance.

However, THC concentration on the brain remains fairly consistent: THC reduces the amount of time a person spends in the kind of sleep that involved rapid eye movement. It is the phase of sleep when most people dream.

Those are the top six short-term effects of marijuana on the human body. Although it may seem as if some of these do not lead to serious health conditions, altogether, they alter the body in more ways than one could imagine. When they happen at the same time, the body might not be able to take it.